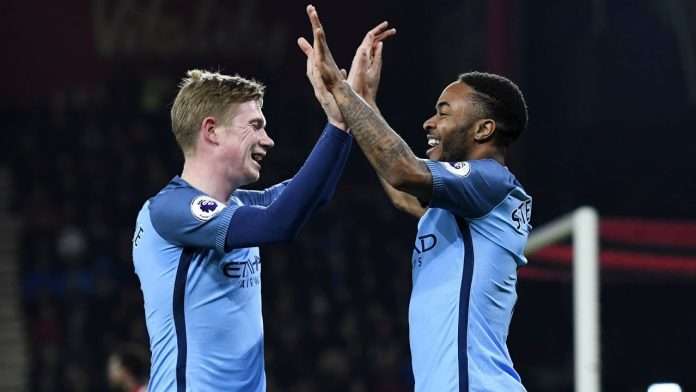 Manchester City and Chelsea were firing in all cylinder as the later made it 5-0 against struggling Crystal Palace. Sane opened the scoring just at the stroke of half time, Raheem Sterling 51 and 59th minute brace put the game out of the reach of the visitors.
Sergio Aguero scored the 4th goal with a well-timed header,in the 89th minute Fabian Delph scored a superb goal to make it 5 Nil. Manchester City still remain on top of the League on goal difference but are level on point with neighbors Manchester United who won 0-1 away at Southampton