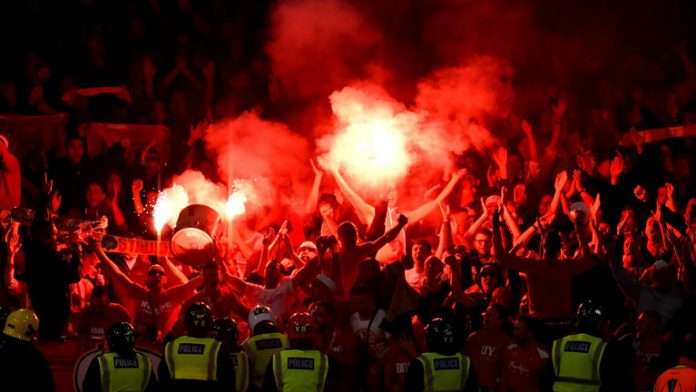 5 fans were arrested by the Police last night in the Emirates on suspicion of public order offences and the Gunners Boss Wenger believes that Uefa should lunch proper investigation.
Cologne were given 3,000 tickets but the travelling away fans arrived in their thousands, about 17,000 german fans arrived arrived North London without tickets.
Many of the travelling fans were outside the Emirate stadium and prevented the home team from gaining access into the stadium. Kick off was delayed for about an hour due to crowd control.
9 minutes into the game and Arsenal were behind with a goal from Cordoba, Kolasinac made it all square in the 49th minute. Goals from Alexis Sanchez and Bellerin ensured a 3-1 for Arsenal in the Europa League,