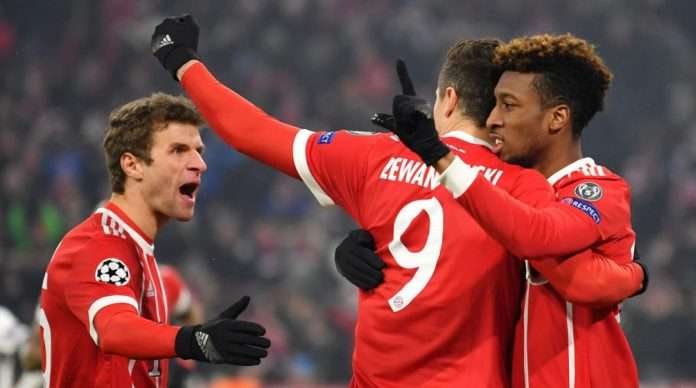 16′ Besiktas were reduced to 10 men as Domagoj Vida was shown a straight red card for his challenge at the edge of the box.

43′ Bayern takes the lead as David Alaba’s cross finds Thomas Muller deep inside the box, he strikes the ball without hesitation to beat the goal keeper. 1:0.

53′ The home side doubled the lead as Lewandowski perfect pass finds Kingsley Koman inside the box. The french winger strikes the ball with precision into the bottom left corner of the goal. 2:0.

66′ Thomas Muller completed his brace for the night with a precise shot into the right side of the goal after a lovely up through pass from Joshua Kimmich. 3:0.

79′ Lewandowski puts his name in the scoring sheets as he was in the right place as the rebound fell to his feet. The Polish striker makes no error as he strikes home from close range. 4:0.

88′ Lewandowski completed his brace for the night after an assist from Thomas Muller that allowed him to tap into an empty net. 5:0. 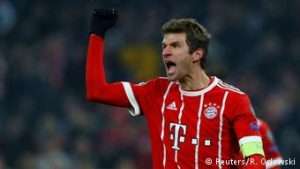 Chelsea played host to Barcelona in a much anticipated encounter in the 1st leg of the Champions League round of 16 at Stamford Bridge on Tuesday.

The first half ended goalless as both teams failed to find the back of the net. The home side were the closest to grab an opener as Willian hits the bar twice.

62′ Willian consistency finally payed off as the Brazilian wonder strike flew straight into the bottom right corner to give Chelsea a well deserved lead. What a goal! 1:0.

75′ Andres Iniesta exposes a poor Chelsea defense with a precise pass to an unmarked Lionel Messi Inside the box. The Argentine Super Star makes no mistake as he he placed the ball into the bottom left corner.

Messi grabs the headlines once again as he ends his scoring duck against Chelsea as he scores a vital away goal for the Catalan Giants. 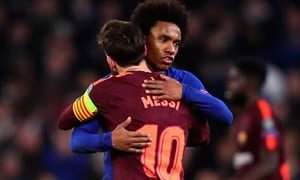