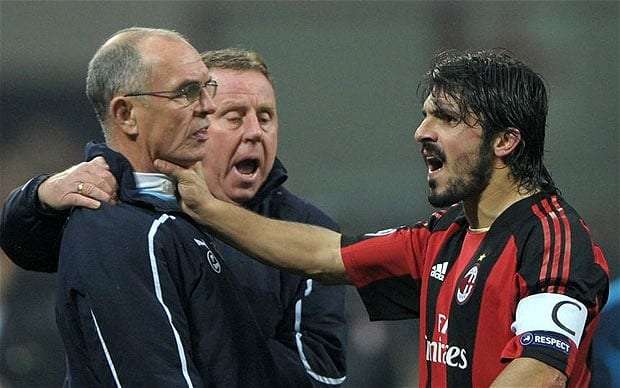 Ac Milan on Monday announced the sacking of Vincenzo Montella as head coach and announced club legend Gattuso as his replacement. The Italian Giants spent over 200 million euros (£178.91 million) in the transfer window in order to strenghten their squad. Despite their huge investment, inconsistency was the major factor behind the sacking of Montella. The club made the decision after a goaless home draw against Torino. Ac are currently are in 7th position at the Seria A table with 20 points from 14 games, 18 points adrift league leaders Napoli.

Gattuso played for the Milan outfit for 12 seasons and in his time at the club he won 2 Serie A, 2 Champions League, 1 Club World Cup title and the memorable World Cup in 2006.