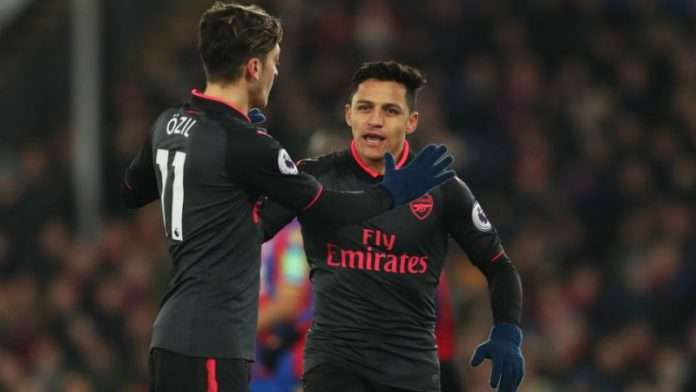 Crystal Palace welcomed Arsenal at the Selhurst Park for a London derby.
Arsenal defender Mustafi opened the scoring in the 25th minute, he struck the ball past speroni from a tight angle.

4 minutes into the 2nd half, Townsend pulled one back for the home side to level the game. Alexis Sanchez put Arsenal in front for the second time in the game in the 62nd minute.

The Chilean Striker Sanchez completed his brace in the 66th minute with a composed first touch and finishing after a sublime pass from Jack Wilshire from midfield.