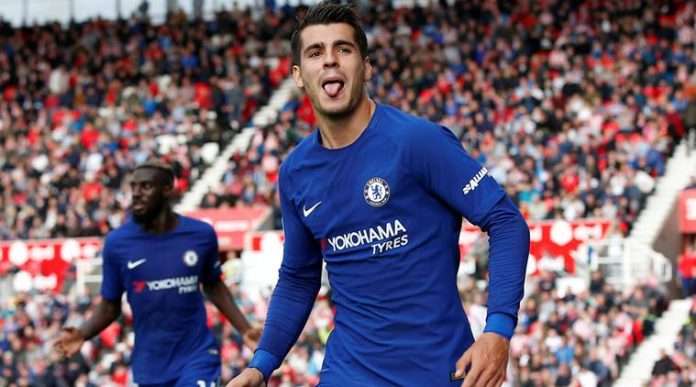 Alvaro Morata scored his first hat trick for Chelsea as they beat Stoke city at Bet365 Stadium. Morata opened the scoring just 2 minutes into the game, Pedro doubled the lead for the blues half an hour into the game.
The man of the match Alvaro Morata then completed his hat trick in the 77th and 82nd minute. The defending champions are in third place just 3 points behind the boys from Manchester.