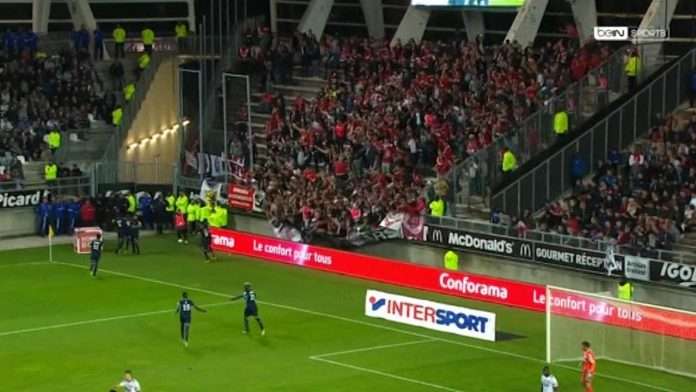 15 minutes into the game Fode Ballo-Toure’s goal was celebrated by the away team who pressed towards the celebrating player before the barrier collapsed.
The game was called off after the accident as 4 Lille fans were in a critical condition and 26 others were injured. Bernard Joannin the Amiens President accused the Lille fans of being responsible for the accident.
Joannin branded the away fans as Ultras (Superpatriotic) saying they launched themselves in a disorderly manner which led to the Lille supporters landing on top of each other in a heap after the goal was scored.
According to him, the Police earlier warned them of 200 very angry Ultras and they were 500 of them in the away stand. The president also claimed that the barriers were in perfect condition. The game was postponed and will be fixed in a later date.