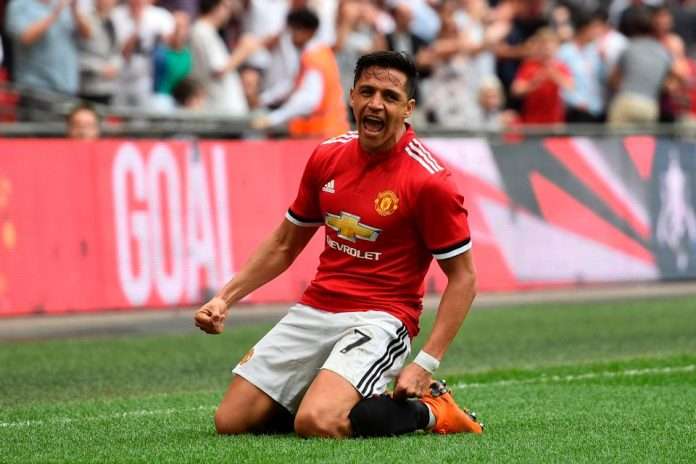 Manchester United showed character and great team spirit as they come from a goal down to beat Tottenham Hotspurs 2:1 at the Wembley Stadium.

11′ Tottenham felt more at home when Dele Alli opened the scoring with a onetime finish from close range after latching on to a perfect cross from Ericksen. 1:0.

24’Manchester restored parity to the evenly matched contest with a great header from Alex Sanches deep inside the box. Superb cross from Paul Pogba to Sanches who leaned back to head the ball pass Vorm who didn’t make an attempt. 1:1.

Tottenham energy level dropped slightly compared to the high tenacity first 45 minutes the momentum seem to swing in favor of the Reds.

62’Manchester United advanced to the Spurs half as Ander Herera snatched a winner for Jose Mourinho’s side. Herera attacked a loose cross from Sanches inside the box with a onetime low shot pass the arm of Vorm.1:2

Final scores at Wembly, Tottenham 1 Manchester United 2. United advance to the finals of the FA cup and will face either Chelsea or Southampton who play tomorrow in the second semi finals.