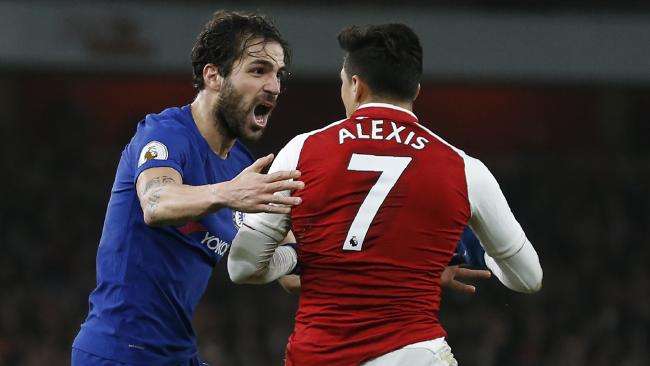 Arsenal welcomed London rivals Chelsea in an exciting derby encounter at the Emirates. The first half of the match ended goalless as both team failed to convert goal scoring opportunities in front of goal.

Jack Wilshire gave the gunners the lead in the 63rd minute, the midfielder found himself in a promising position and left the keeper stranded as his shot hit the left post and inside.

Chelsea were awarded a penalty in the 67th minute, Hector Bellerin brings down his opponent inside the box and the referee points to the spot kick. Eden Hazard steps up and coolly converted the spot kick. 1:1.

84′ Marcos Alonso puts Chelsea in the lead for the first time in the game. He smashes a low shot into the middle of the goal and had a stroke of luck as the ball went past the former Chelsea goal keeper Petr Cech. 1:2.

The fourth official signals 4 minutes of added time. 90+2 a rebound fell at the feet of Hector Bellerin, he didn’t hesitate as he he fires home to rescue a point for the home side in a dramatic fashion. 2:2.