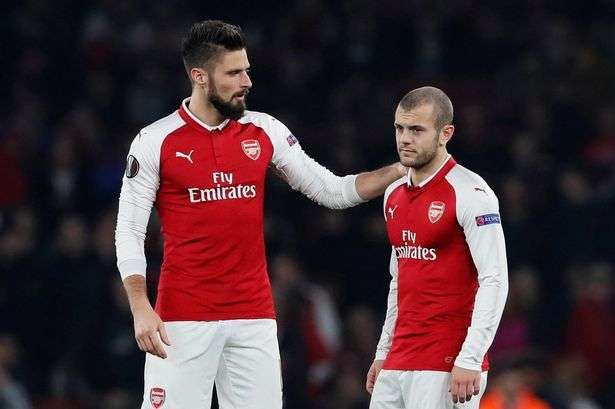 The Gunners qualify for the Europa League Round of 32 despite a goalless draw against Red Star Belgrade at the Emirates. Arsene Wenger put on a much changed squad which controlled most of the possession and created a lot of chances but were unable to find the back of the net.
The best chance of the game came from Jack Wilshere who was recently omitted from the England National squad, the Arsenal Jersey number 10 man almost grabbed the winner but was denied by Damien Le Tallec’s superb goalline save which gave the away team a point away from home.