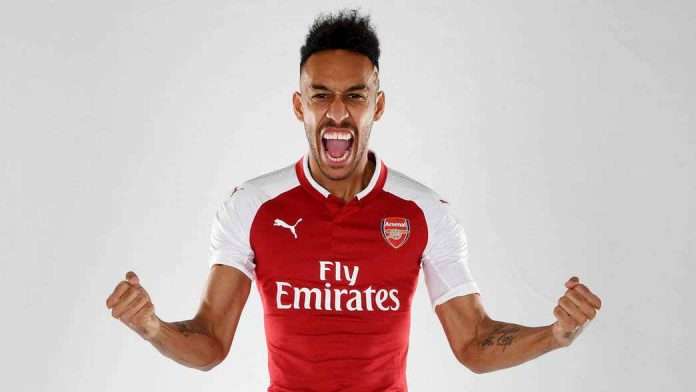 Arsenal have today confirmed the signing of Pierre-Emerick Aubameyang from Borussia Dortmund on a long-term contract for a club record fee understood to be around £60m.

The move was made possible after Michy Batshuayi loan deal from Chelsea was confirmed.

The 28 years old is one of the most highly rated striker, he played 213 games for the Germany side, and scored 141 goals.

Aubameyang will wear the number 14 shirt vacated by Theo Walcott, who joined Everton in January.

Aubameyang becomes the Arsenal’s third signing of the January transfer window, after Konstantinos Mavropanos and Henrikh Mkhitaryan, the later who joined from Manchester United.