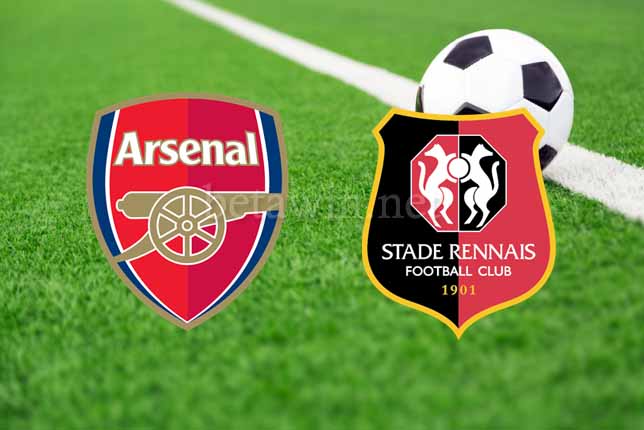 Arsenal welcomes French side Rennes to the Emirates Stadium for the second leg of the of the Europa League knock out stage fixtures.

The Gunners lost (3-1) to Rennes in the first leg at the Roazhon Park last Thursday.

Alex Iwobi gave Arsenal an early lead in the opening four minutes, Benjamin Bourigeaud scored the equalizer for Rennes in the 42nd minutes.

An own goal from Nacho Monreal gave Rennes the lead in the 65th minutes, before Ismaila Sarr sealed the win two minutes from stoppage time.

Granit Xhaka put Arsenal in front inside twelve minutes, before Pierre-Emerick Aubameyang converted from the penalty spot in the 69th minutes to seal the win.

Rennes on the other hand secured a (3-1) home win over Caen at the Roazhon Park on Sunday.

The Black and White fell behind in the opening 20th minutes, Benjamin Bourigeaud got the equalizer in the 39th minutes.

Pierre-Emerick Aubameyang scored his twenty goal of the season in Arsenal’s win over Manchester United. He also has four assist to his name.

Benjamin Bourigeaud have scored a goal in each of Rennes last three games.

The French side have found the back of the net in each of their last five games in all competitions.

Rennes have scored at least a goal in each of their last seven Europa League matches.