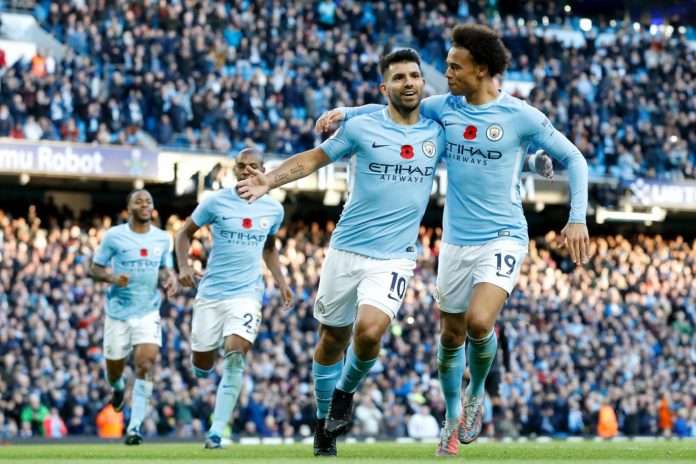 Manchester City beat Arsenal 3-1 to remain at the top of the Barclay’s Premier League Table. de Bruyne opened the scoring in the 19th minute, Aguero then doubled the lead in the 50th minute from the penalty spot. Lacazette pulled one back for the Gunners to make it 2-1 but Gabriel Jesus stretched the lead further for the citizens as the game ended 3-1. The result however did not go down well with the Arsenal manager. Wenger critized match changing decisions made by referee Michael Oliver. He complained that the penalty kick given to Manchester city after a foul on Sterling By Bellerin was too soft. He also claimed that the the match officials failed to spot to an offside decision on David Silva as he passed the ball for a Gabriel Jesus winner.