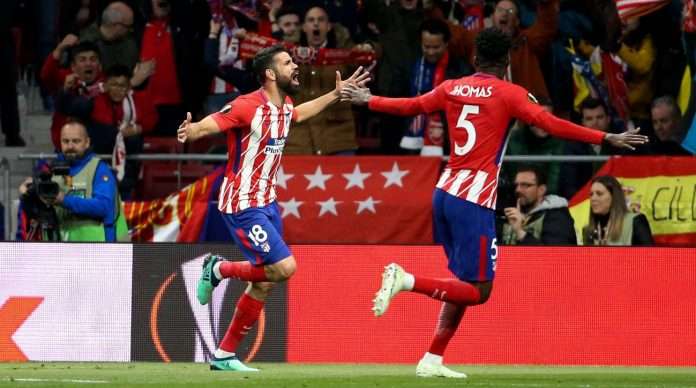 Atletico Madrid advance to the Europa League finals as they defeat Arsenal by a lone goal scored by Diego Costa just at the stroke of half time (45). Costa showed great strength as he brushed off Hector Bellerin to bury the ball past Ospina inside the box. 1:0.

The home side showed how compact they are defending the ball as they were able to hold off Arsenal to a 2:1 Aggregate after playing a 1-1 draw at the Emirates with 10 men.

Arsene Wenger’s dream of winning the competition and qualifying for the Champions league was blow away as Arsenal failed to find the back of the net. Wenger’s retirement from his long service in Arsenal ends with a sour taste as he failed to qualify the Gunners for Champions League football for the last two seasons.

Atletico Madrid will face Olimpique Marseille on the 16th of May in the home of their rivals Lyon. 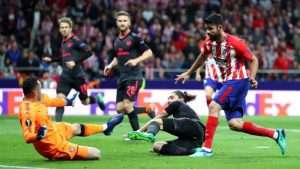 Marseille booked their spot to the finals with a late dramatic win deep in extra time.

Salzburg were able to overturn their 2-0 1st leg loss at Marseille with two second half goals from Amadou Haidara(53) and an own goal by Bouna Sarr(65).

The game was level at the end of relegation time with aggregate of 2:2 to push the contest into extra time.

118’Super sub Rolando first touch of the game was a tapping into the bottom right corner having been on the pitch for about 2 minutes. 1:2

119’Amadou Haidara was shown red for his second bookable offence as he lashed out at Payet with an elbow.

A great night of football ends sad for the surprise team of the tournament Salzburg who gave in their very best till the final whistle.

Olimpique Marseill will face Atletico Madrid on the 16th of May at the Parc Olympique Lyonnais in Lyon. 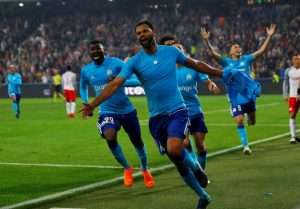