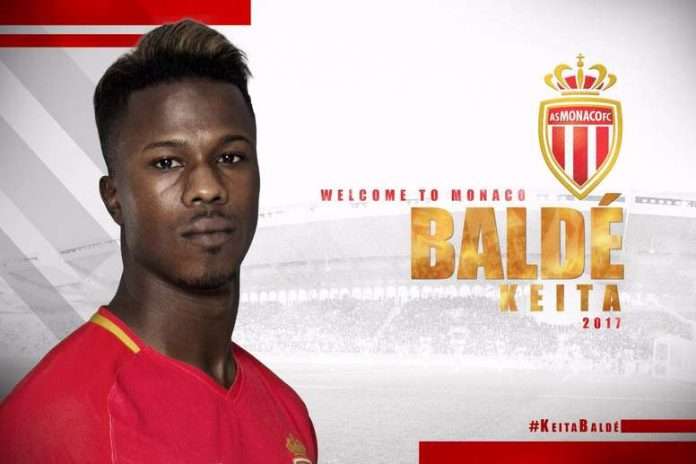 As Monaco completes their second signing for the possible replacement of their want away striker Kylian Mbappe who seems “PSG” bound for a reported fee of about £166m .
After they acquired the service of former Manchester City Striker Stevan Jovetic from Inter Milan on a 4 year deal for about £10.2m, the current Ligue 1 champions have announced the signing of Senegalese International Keita Balde from Lazio for a reported fee of £27.8m.
Keita scored 16 goals in Serie A last season for Lazio and is very happy that his deal to the Principality was a success. According to him, “When you get the chance to come here, you accept straight away. It’s the ideal project for me.
I’m very happy to be joining a strong squad, with big players who had a brilliant season last year.”
Paris St Germain are prepared to pay for Mbappe hours before the closing of the transfer window after their world record signing of Neymar from Barcelona.
They aim to reclaim the Ligue 1 crown and win the UEFA champions League for the very first time ever.