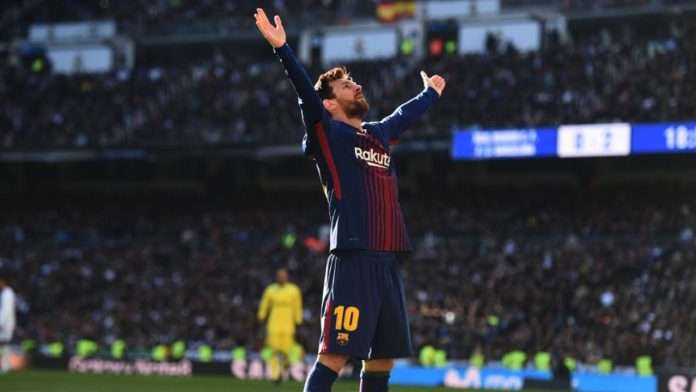 Fc Barcelona go 14 points clear off second placed Atletico Madrid as they beat Rivals Real Madrid 3 Nil at the Santiago Bernabeu. The first half ended goaless as both team approached the game with caution.

The second half provedto be more exciting as Luiz Suarez opened the scoring in the 54th minute as he connects to a low driven cross from Sergi Roberto. Carvajal handled a Paulinho’s goalbound header and was shown a straigth red card and Barcelona were handed a penalty kick. Lionel Messi stepped up and doubled the Catalans advantage from the spot kick.