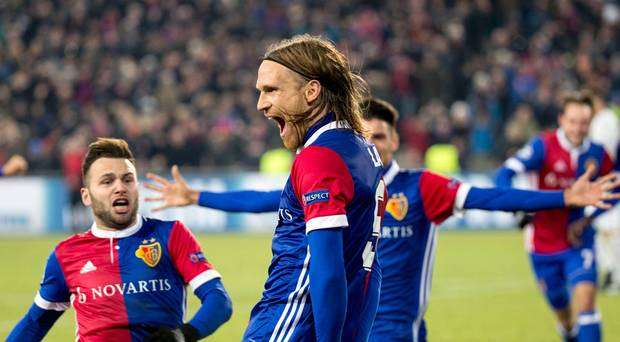 Manchester United missed on a chance to book their place in the next round of the Uefa Champions League as they were beaten by Basel late in the game.

Jose Mourinho rued over Manchester United chances on the first half of the game, the reds hit the bar twice as they went into the second half in a stalemate.

However, the home team showed a more impressive 2nd half as they had lion share of the possession and goal scoring opportunities compared to the 1st half.

Lang broke the dead lock in the 89th minute to earn his team a well deserved 3 points as they climb up to second place in the group table level on points with CSKA Moscow.