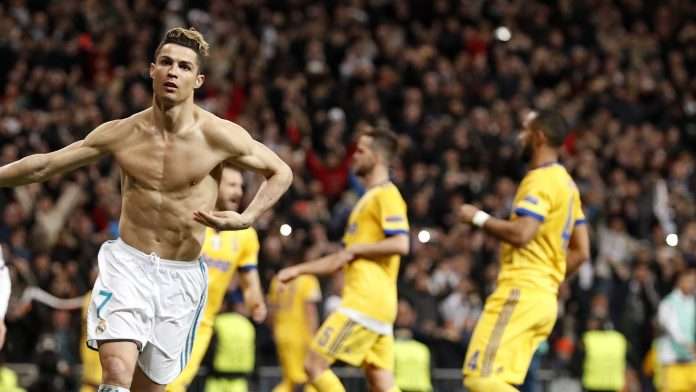 Bayern played out a goalless draw against Sevilla at the Alianz Arena having won the first leg in Spain 4:1.

90+2′ The only highlight of the game was in the when Joaquin Correa was shown his marching order for a nasty challenge on the opponent.

Despite the result, the Bavarians qualify for the semi finals of the competition on 4:1 Aggregate from their first leg encounter. 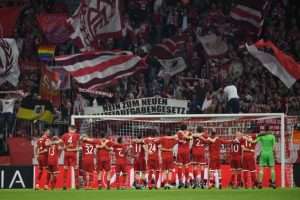 The old ladies of Italy were in fine form as they almost caused the greatest upset in European football. Real Madrid beat Juventus 3 nil in Turin and Juventus did the same at the Bernabau but a late dramatic goal put an end to their pursuit for European glory.

2′ Juventus had a dream start by grabbing an early goal in the game. Mario Mandzukic connected to a precise cross from Sami Khedira, he springs up high to deliver a powerful header straight under the cross bar leaving Navas stranded. 0:1.

37′ Mario Mandzukic completed his brace with a great header deep inside the box from a Stephan Lichtsteiner sublime cross. The header is powerful and beats the goal keeper at his near post to give the away side hope of a possible comeback. 0:2.

61′ A goal keepers error from Navas as the ball slips from his grab. Blaise Matuidi was in the right place as he picks the scrap and buried the ball inside an empty net to restore parity to the tie. 0:3. 3:3 Aggregate. Game on!

Real Madrid were awarded a controversial penalty for a foul by Benatia on Lucas Vasquez inside the box with a minute left in regulation time. Veteran keeper was sent off for his reaction on the decision by the referee Mike Oliver. Higuain was replaced with goal keeper scezny to attempt a Christiano Ronaldo penalty kick.

Christiano Ronaldo showed great composure under intense pressure as he smashed the ball into the top right corner. Great attempt! 1:3.

A dramtic encounter with Madrid advancing to the next round in persuit of their third consecutive Champions League Trophy. 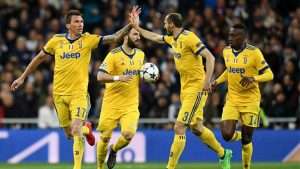