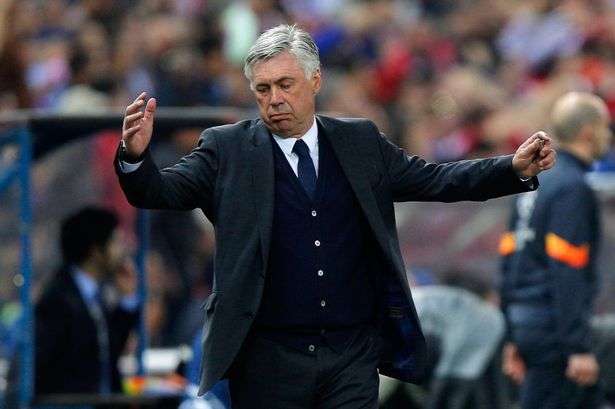 Fc Bayern have announced the sacking of Ancelotti after the 3-0 trashing at the hands of in-form Paris Saint German in the Uefa Champions League Group stage encounter.
The club board members held a meeting on Thursday to discuss the future of the under-fire boss and they announced that 58 years old Carlo have left the Bavarians.
Assistant coach and former Bayern Munich right back Willy Sagnol will take charge of the Bavarians as interim coach till further notice.
Ancelloti took over from Pep Guardiola at the Allianz Arena for almost a year and three month. Sources close to the team has it that the locker room was divided. The big boys of the team in the likes of Robben, Muller, Ribbery and the rest were unhappy that they were not playing consistently.
Both players and fans were clearly unhappy as it is not in the DNA of the German champions.