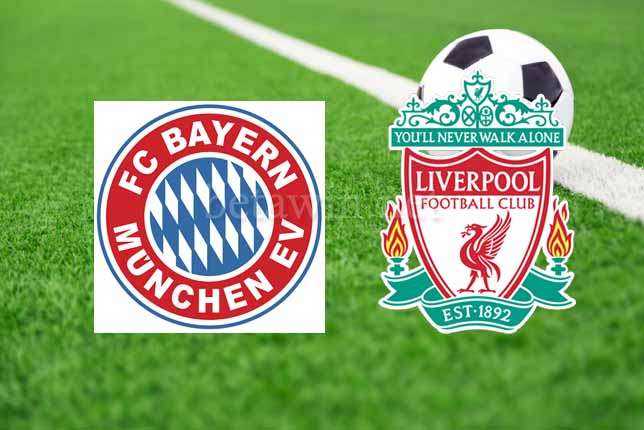 Liverpool makes a trip to the Allianz Arena to face Bayern Munich in the second leg of the UEFA Champions League knock out stage fixtures.

It ended goalless in the first leg at Anfield a fortnight ago.

Bayern Munich come into this mouth watering encounter following a comfortable (6-0) home win over Wolfsburg at the Allianz Arena on Saturday.

Serge Gnabry opened the scoring in the 34th minutes, before setting up Robert Lewandowski for the second.

James Rodriguez added the third seven minutes after the break, Thomas Muller made it four in the 76th minutes.

Joshua Kimmich scored the fifth in the 82nd minutes before Robert Lewandowski completed the rout five minutes from time.

Liverpool on the other hand secured an impressive (4-2) win over Burnley at Anfield on Super Sunday.

The Reds fell behind in the opening 6th minutes, Roberto Firmino got the equalizer in the 19th minutes, before Sadio Mane gave Liverpool the lead in the 29th minutes.

Firmino doubled the advantage seven minutes passed the hour mark, the lead was halved a minute into added time, before Mane sealed the victory in the 93rd minutes.

Robert Lewandowski scored a brace against Wolfsburg. He now has twenty five goals and seven assist in all competitions.

Sadio Mané also got a brace in Liverpool’s win over Burnley. He currently has seventeen goals and one assist so far.

Liverpool have scored in each of their last two away matches against Bayern Munich in all competitions.