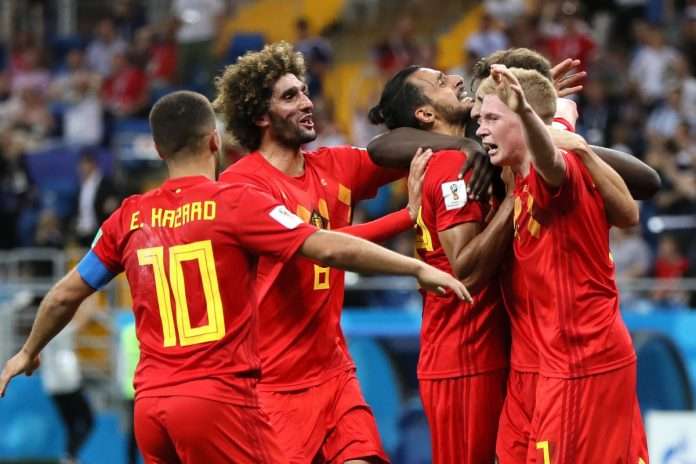 A super performance from the “Golden Generation” Red Devils as they proved the bookmakers wrong once again with a surprise 2-1 win over Brazil at the Kazan Arena.

Belgium opened the scoring in the 13th minute through an unfortunate Fenandinho’s own goal.

31′ Brilliant display of counter attacking football as the Red Devils doubled their lead with a fantastic goal. Romelu Lukaku charged at the Brazilian defense by maneuvering his way through before setting up Kelvin De Bruyne. He hit the ball with precision from the edge of the box into the left side.

76′ super sub Augusto pulled one back for Brazil with a perfect header into the bottom right corner after superb lobbed pass from Coutinho. 2:1

Belgium were able to with stand series of dangerous Brazilian attack as they held on to a deserved historic victory. Belglum will square off against France in the semis on Tuesday at the St Petersburg stadium.