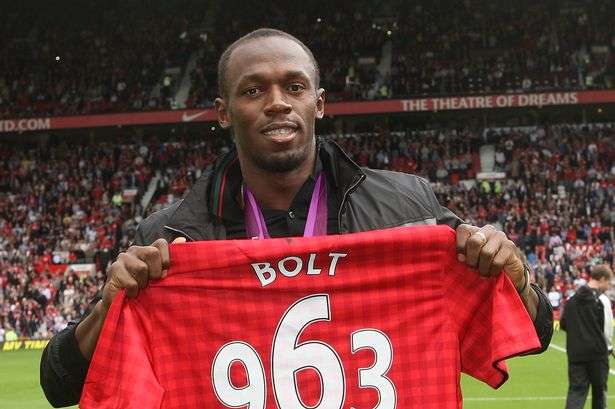 The Jamaican Super Star who was scheduled to play for Manchester United’s legends friendly against Barcelona on the 2nd of September 2017, will not be available for selection due to the injury sustained in his final race during the IAAF World Championship in London last week.

The Hamstring injury which occured during the 4x100m Mens relay, means that the men’s 100m and 200m record holder will miss friendly match which is meant to raise money for Manchester United Foundation.