Zambia defeated Algeria 3 -1 on Saturday to become second with 4 point on the Africa World Cup Qualifying Group B table. Nigeria tops the group after they demolished the toothless lions 4 goals to nil on Friday. 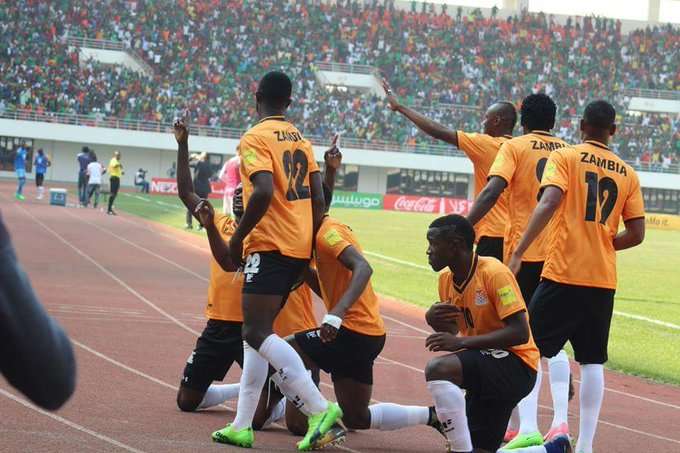 A brace from Platinum Star Midfielder Brian Mwila gave the Chipolopolo’s a two lead just before half-time. 10 minute into the second-half FC Porto’s Yacine Brahimi scored to get Algeria into the game but the visitors were denied a point away from home as Enock Mwepu scored a late minute goal to give the home team all 3 points.

Second-half goal from Max-Alain Gradel ( ), and a brace from Seydou Doumbia (77′, 84′) gave Ivory Coast a well deserved away victory against Gabon at the Stade d’Angondje, Libreville. The Elephants tops group C of the table as they edge closest to qualifying for 2018 Russia World Cup.