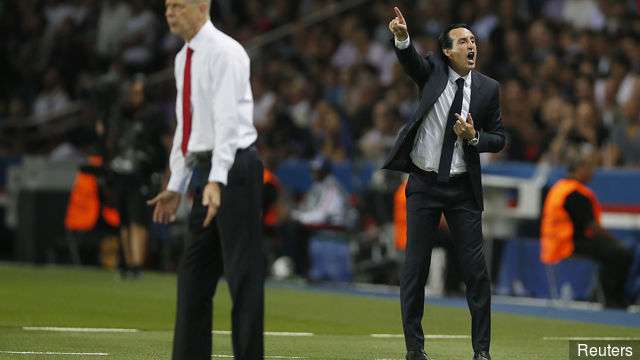 Arsenal football club have announced the arrival of Unai Emery as head coach of the North London outfit after Wenger’s resignation.

Unai Emery is a high profile manager with huge success having won 8 major trophies. He won 3 Europa League trophies with Sevilla and managed top profile players Like David Villa, David Silva, Juan Mata, and Ivan Rakitic in his spell at Valancia and Sevilla.

The 46-year-old Spaniard departed from the French Giant outfit PSG having won a domestic treble. However, his contract was not extended as the owners seek Champions League success and was replaced by former Dortmund manager Thomas Tuchel.

Over his two years at Paris, Emery spent £378.1M in signing of Julian Draxler, Kylian Mbappe, Neymar etc and have been given a budget of £50M in his new role at the Emirates.

Pep Guardiola was the first to welcome his fellow Spaniard to the Premier League and he believes Emery will be successful with the Gunners.

According to Emery: “I am thrilled to be joining one of the great clubs in the game. “Arsenal is known and loved throughout the world for its style of play, its commitment to young players, the fantastic stadium, and the way the club is run. I’m very excited to be given the responsibility to start this important new chapter in Arsenal’s history.