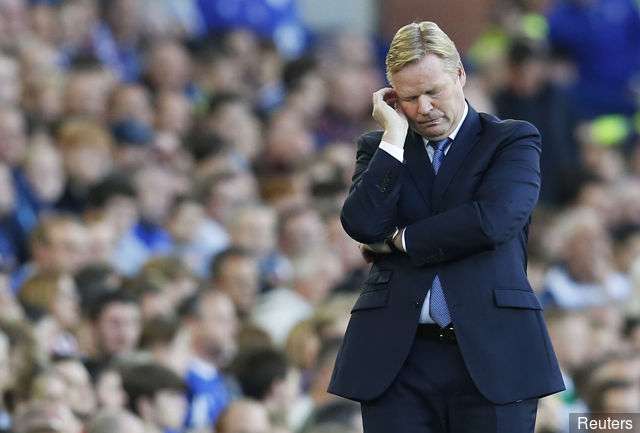 Just this afternoon the Board of Directors of Everton including chairman Bill Kenwright and CEO Robert Elstone made the announcement of the sacking of manager Koeman public.
Everton are currently in the relegation zone in the premier league after a poor run of form and lack of result. The decision to terminate the contract of the Dutch manager came shortly after they were hammered 5-2 by Arsenal at Goodison Park. David Unsworth the U-23 manager has been placed as temporary manager and will assemble the team that travels to Stamford Bridge to face Chelsea in the Carabao Cup on Wednesday. There is a possibility of David Moyes returning to Everton, Ryan Giggs is also another option for the Mersyside club.