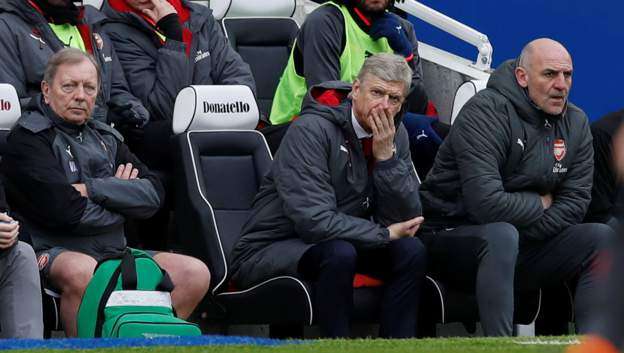 The first game of the Sunday fixture involved involved Brighton playing host to under performing Arsenal side.

Arsene Wenger who is probably experiencing his worst run of form for Arsenal since his appointment 21 years ago. The Veteran manager has been under heavy scrutiny from the fans, the boards and ex-players. However, Wenger came into the Amex Stadium with a point to prove.

7′ Arsenal’s hope for a perfect start was blown away early in the game when Lewis Dunk opened the scoring for the Seagulls. Dunk was at the right place at the right time to bury the ball into the middle of the goal from a rebound inside the box. 1:0.

26′ The home side doubled their advantage with a powerful header from Brighton’s big forward Glenn Murray. Arsenal defenders failed to deal with an accurate cross from Pascal Gross, Murray shows his Aerial threat as he beats the defenders to head home from close range. 2:0.

43′ Late into the game, Arsenal new acquisition Pierre-Emerick Aubameyang pulled one back for the Gunner’s to commence a possible comeback in the 2nd half. Aubameyang scores with sleeky back hill with his first touch after receiving a sweet pass from Kosilanic inside the box. What a great goal for the striker 2:1.

Both teams failed to create the same sparks of the 1st half as the score line remain the same. 2:1 The defeat means that Arsenal have lost three consecutive games and their hope for a Top four finish this season is hanging on a slim thread. 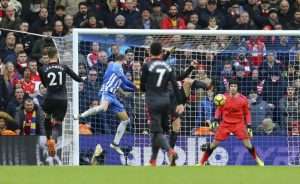 Premier League Title Elite Manchester City played host to the reigning champions Chelsea at the Emirates Stadium in a contest that will determine the fate of the sky Blues.

The first half ended goalless but the home side were in total control of the encounter of the first 45 minutea against an exhuasted looking Chelsea side.

46′ The only goal of the encounter came courtesy of the two Silva’s. Bernando Silva buried the ball into the middle of the net after perfectly positioning inside the box to receive a nice pass from David Silva.

The Sky Blues displayed an amazing pattern of Ticki Tacka, a playing system made popular by Pep Guardiola in his days with the Catalan giants. City enjoyed 71% possesion of the ball and recorded a total of 975 passes in total to break the record of the highest passes completed by a team in the Premier League era.

The win against Chelsea meant a lot of the Blue half of Manchester as they edge closer to a Premier League Title needing just 4 wins in their remaining fixtures. 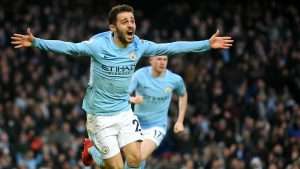