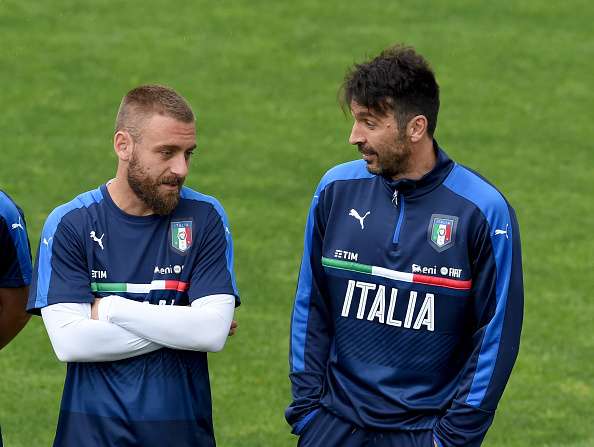 After the Italian National team missed out on the 2018 World Cup in Russia, the likes of Buffon 40 (175 CAPS), De Rossi 36 (117 CAPS), Chiellini 34 (96 CAPS) and Barzagli 33 (73 CAPS) have all called it quit on their International carrers after their humiliating elimination from the Russia 2018 Qualifiers. The four retires felt it was the best time to make the descision as as they will be in their early 40’s or their late 30’s come the next World Cup in 2022.
The Italians lost 0-1 on aggregate after a goalless draw against Sweden at the San Siro, the result meant that Italy will not participate in a FIFA WORLD CUP tournament for first time in 60 Years. Meanwhile, after their disappointing Qualification campaign, Head Coach Gian Piero Ventura still clings on to his job as manager discarding rumors of him quiting his job. Carlo Ancellotti has been rumored as the preferred candidate to takeover as the Italian Football National Head Coach