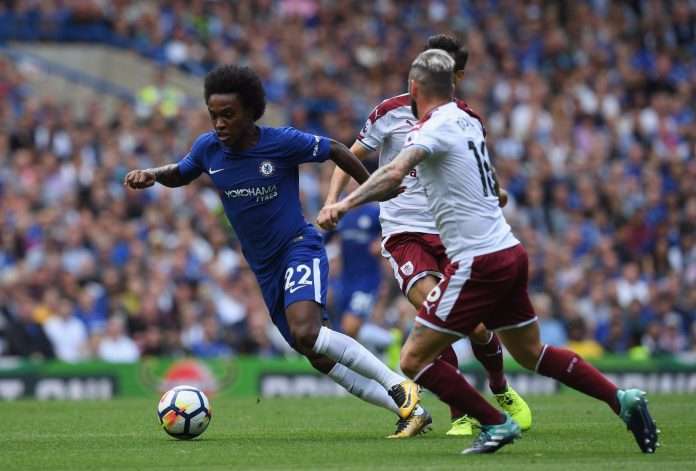 The Premier League is back with a bang.

Premiership Champions suffers defeat at home in their opening match in defence of their league title.

Sam Vokes put the visitors in the lead 10mins after Garry Cahill was shown a straight red card for a dangerous tackle on Defour.

Goals from Stephen Ward and another from Vokes put Burnley in a three gaol lead just before the end of first half.

Conte newest recruit was introduced in the 63mins and him headed home a superb cross from William to give Chelsea some glimpse of hope.

Chelsea was reduced to 9 men after Cesc Fabregas was given second yellow card.

Davis Luiz 83 mins strike put the Blues into the game but time ran out as Burney defeat the reigning Premier League Champions 2-3.