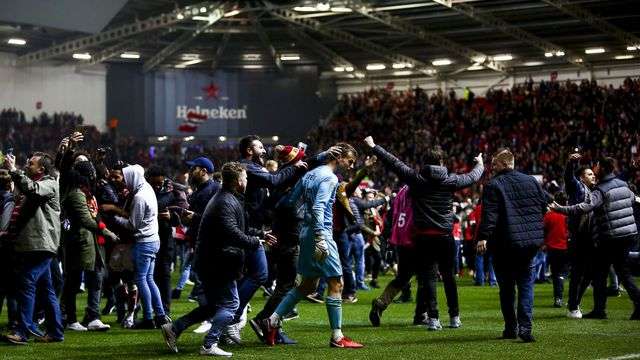 Bristol City hosted cup holders Manchester United at the Ashton Gate Stadium. The first half ended goalless but the second half was rather explosive.

Bryan opened the scoring in the 51st minute to send the home fans into a frenzy. Zlantan Ibrahimovic equalized for Manchester united seven minutes after the opening goal.

Late in extra time Korey Smith accepted a perfect cross from Taylor which he smashes to the bottom right corner. Manchester United are defeated 2:1 by Bristol City who are in dream land as the fans invade the pitch in celebration. The win sends them into the semi finals where they will face Manchester City