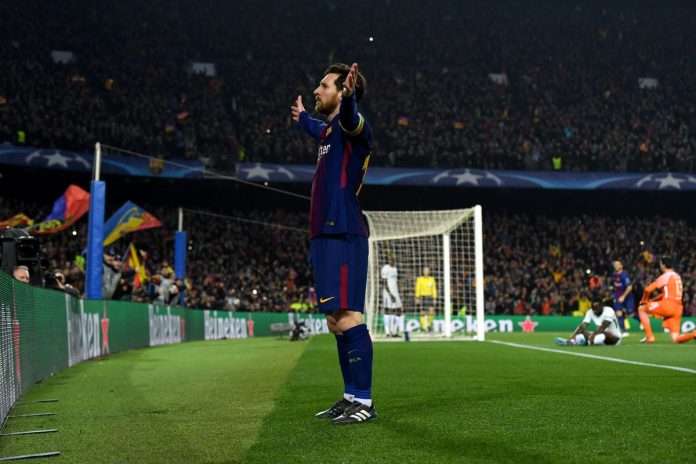 Bayern Munich beat Turkish giants Besiktas at home 1:3 after their 5 nil thumping at Munich. They qualify for the quarter finals with an alarming 1-8 Aggregate.

18′ Thiago Alcantara opened the scoring for the Bavarians as he connects to a Thomas Muller cross inside the box to bury the ball into the back of the net. 0:1.

46′ A minute into the second half and Besiktas Gokhan Gonul failed to clear a cross inside the box and the ball ends in the back of the net. Its an own goal. 0:2

59′ Vagner Love pulled one back for Besiktas from inside the box despite a perfect tackle from Vidal. Love showed great precision as he managed to squeeze the ball into the back of the net. 1:2.

84′ Second half substitute Sandro Wagner showed his positioning and awareness inside the box as he chests the ball into an empty net from a perfect cross. 1:3. 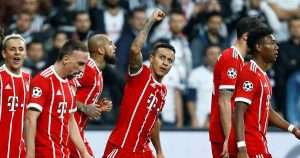 Barcelona welcomed Chelsea to the Camp Nou for the second leg of the most anticipated tie in the round of 16. Chelsea played out a 1-1 draw at Stamford bridge opening the way for an exciting 2nd leg tie.

3′ Early in the game Barcelona playmaker Lionel Messi opened the scoring for the Catalans. Luis Suarez cheeky back heal pass to Messi presented him with a one on one oppurtunity with Thibaut Courtois. Messi simple close range finish went through the legs of Courtois as he was beaten from his near post. 1:0.

20′ Great team work from the home team, messi finds his way pass a couple of Chelsea defenders and showed great vision as he finds an unmarked Ousmane Dembele at the other end. Dembele strike was accurate and unstopable as it flew into the top left corner of the goal. What a strike! 2:0.

63′ Lionel Messi made an incredible solo run into the box. He pulls the trigger with a low strike to beat Thibaut Courtois in the same fashion as the ball went straight through his legs. 3:0. 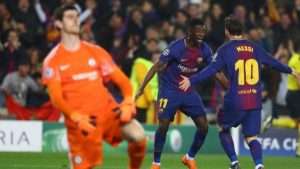