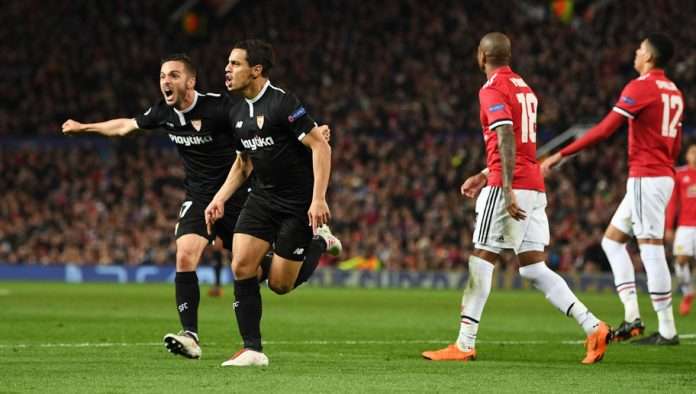 AS Roma qualified for the next round of the champions league with a narrow 1 nil win at home against Shakhtar Donetsk.

The first leg in Ukraine ended with Shakhtar Donetsk winning 2:1.

52′ Edin Dzeko scored the winning goal for the home side with a simple touch in between the legs goal keeper Pyatov.

Roma qualified on a 2:2 Aggregate having scored a vital away goal in Ukraine. 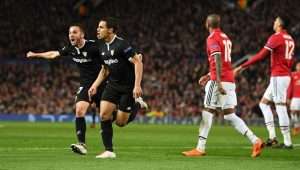 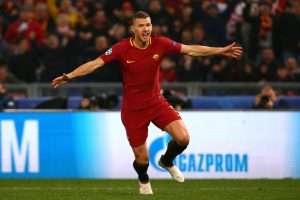 Manchester United exited the Champions League in the round of 16 with a shock 2:1 defeat to Sevilla at Old Trafford.

The first leg of the encounter in Spain ended goalless with the home side coming under pressure in the return leg after failing to secure a vital away goal.

The first half ended goalless as both team failed to find the back of the net with Sevilla goal keeper Sergio Rico denying the home side twice with good saves.

78′ Wissam Ben Yedder doubled Sevilla’s advantage with a header from close range which an outstretched De Gea could not keep from crossing the line. 0:2.

84′ Romelu Lukaku pulled one back for the home team with a brilliant goal from inside the box with time running out.

Manchester United needed 2 more goals to qualify for the next round but Sevilla showed great discipline and character as they held on to their lead away from home ending the tie with Aggregate: 1-2. 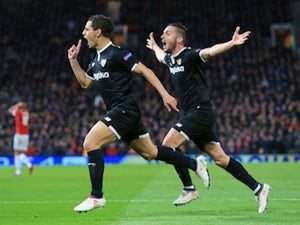