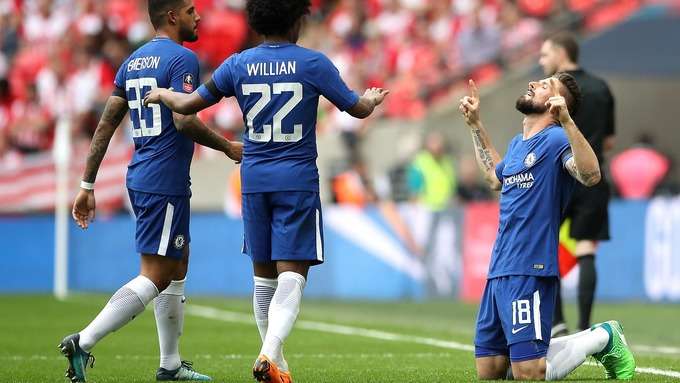 Chelsea booked their place in the Emirates FA Cup finals as they beat Southampton 2 nil in the 2nd semi finals at Wembly.

46’The first half ended goalless but seconds into the second half, former Arsenal striker Oliver Giroud opened the scoring for the Blues as he dribbles past the Southampton defence to bury the ball into the back of the net. 1:0

82’Super sub Alvaro Morato doubled the lead for Chelsea with his first touch of the game with a glancing header. A glorious cross from Cesar Azpilicueta was met by Morata to seal the contest.

A couple of clear cut chances for both teams to score at the closing stages none went in.

Chelsea will be back on 19 May 2018 to face former Boss Jose Mourinho in a classic showdown Final at Wembly.