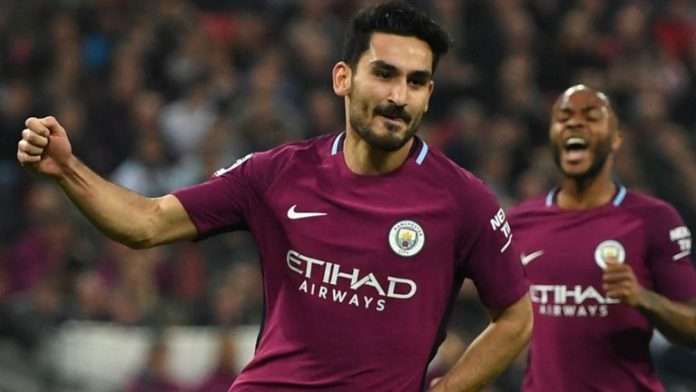 Chelsea come from 2 goals down to beat Southampton 3-2 away from home at St. Mary’s Stadium.

Dusan Tadic(21′) and Jan Bednarek(60′) goals gave the Saints an unbelievable lead in an hour of play.

Former Arsenal striker Olivier Giroud 70′ pulled one back for the blues before Eden Hazard restored parity in the 75th minute. 2:2. 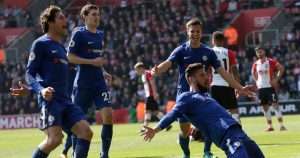 Burnley continued their impressive form of five straight wins as they defeat Leicester City 2-1 at the Turf Moor.

Jamie Vardy pulled back for the foxes in the 72nd minute but his goal was not enough to deny Premier League manager of the month Sean Dyche his 5th consecutive win. 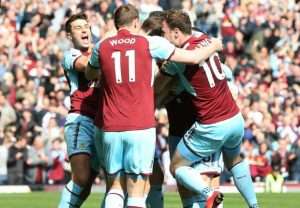 A rejuvenated Crystal Palace side beat Brighton in a very tight relegation battle at the Selhurst Park.

Crystal palace were two goals in front within the first quarter of an hour with Wilfred Zaha 5’ and James Tomkins 14’ rebounded goals gave the home side an early lead.

Glenn Murray pulled one back for the Seagulls in the 18th minute as he whipped a corner kick deep inside the box into the back of the net. 2:1.

24′ Wilfried Zaha stretched the lead further as he connects to a precise cross from skipper Luka Milivojevic with a powerful header into the left side of the goal. 3:1.

34′ Jose Izquierdo pulled one back for the away side to make it 3-2 before the break as Palace took a first half lead.

The second half ended goalless as both teams failed to replicate their first half midas touch in front of goal. 3:2 it ends at Selhurst Park.

Huddersfield beat Watford 1 nil at the Kirklees Stadium in their fight for survival in English top flight football. The home team had to be patient till the 90+1 when Tom Ince winner drove the home supporters into frenzy. 1:0. 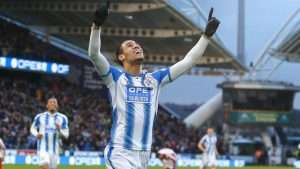 Relegation threatened Swansea welcomed Everton to the Liberty Stadium for a game that they needed to win.

42′ Kyle Naughton puts the ball into his own net as he attempts to clear the ball with a header. Heart breaking moment for the team going into the break. 0:1.

71′ Jordan Ayew pulled one back for the Swans with a low shot into the bottom right corner. 1:1. Both teams share the spoils as they settle for a draw. 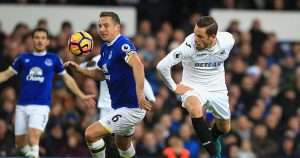 Liverpool continued their impressive run of form as they Trash Bournemouth 3 nil at Anfiled. All three Liverpool strikers were on target as the Reds stroll to victory.

7′ Sadio Mane was in the right place as he latched on to a rebound inside the box. 1:0.

69′ Liverpool’s goal scoring machine Mohamed Salah doubled their lead with a goal from close range. The Egyptian magician scored his 30th goal of the season after connecting to hard driven cross from Alexander-Arnold. 2:0. 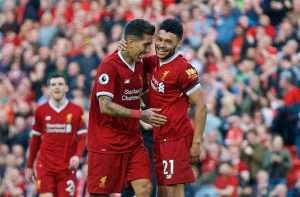 Manchester City were back on track with a performance of champions as they beat Tottenham Hotspur 3-1 at Wembly.

22′ Gabriel Jesus opened the scoring for the Cityzens with a lovely finish from a sublime up through ball from Vincent Kompany. The pass from half the field presented Gabriel Jesus with a one on one opportunity which he did not fail to convert. 0:1.

24′ Manchester City were awarded a controversial penalty as Hugo Lloris rash tackle was just outside the box.

25′ Ilkay Gundogan steps up and coolly converts the spot kick as he slots the ball off the right post giving Hugo Lloris no chance. 2:0.

42′ Totthenham pulled one back before the half time break with a composed goal from Christian Eriksen to give the home side of a possible comeback. 1:2.

72′ Raheem Sterling after missing a golden attempt moments ago, Sterling was quick to react to a rebound after Hugo Lloris safe.

Big win from Pep Guardiola’s side who have one hand on the trophy. They could become Champions by tomorrow if Manchester United slip up against West Brom at Old Trafford. 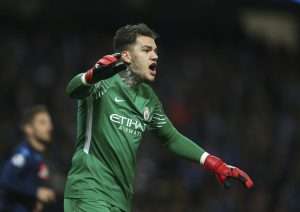