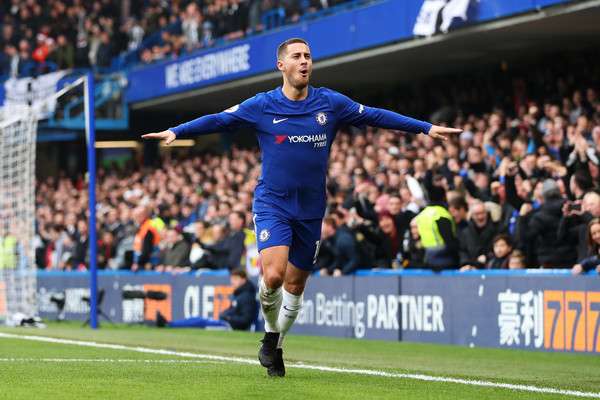 Chelsea Fc welcomed former boss Rafa Benitez to Stamford bridge in an encounter that proved to be very entertaining.

Newcastle United were off with a perfect start as Gayle opened the scoring for the away side just 12 minutes into the game. The goal proved to be rather provocative asit took Chelsea 8 minutes to find their feet in the game.

Eden Hazard volleyed the ball to the ground to beat Newcastle keeper in the 21st minute to kick start Chelsea comeback.

Alvaro Morata gave chelsea the lead for the for the first time in the game with a simple header from inside the box after a well-driven cross from Victor Moses.

Ritchie was caught napping in the 73rd minute as he fouled Victor Moses in the penalty spot. Hazard stepped up to take the spot kick and he completed his brace with a cooly taken penalty kick to put the game beyond the reach of the visitors.