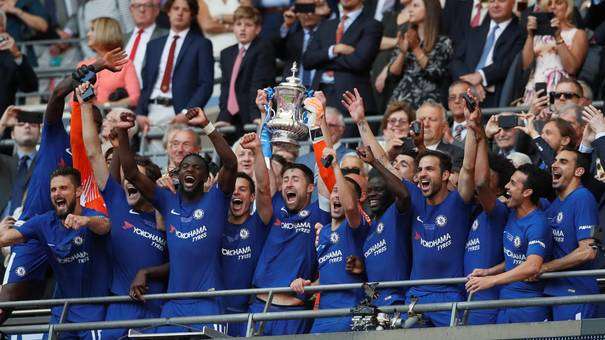 Chelsea FC beat Manchester united by a lone goal in a tight contest in the Emirates FA Cup finals at Wembly.

Chelsea were awarded a Penalty kick in the 22 minute for a foul on Eden Hazard by Phil Jones.

Eden Hazard takes responsibility of the spot kick and coolly slots the ball in the bottom right corner sending De Gea the opposite way. 1:0

Congrats to Antonio Conte as he wins his first Cup trophy in his coaching career. Congratulations to Chelsea FC.