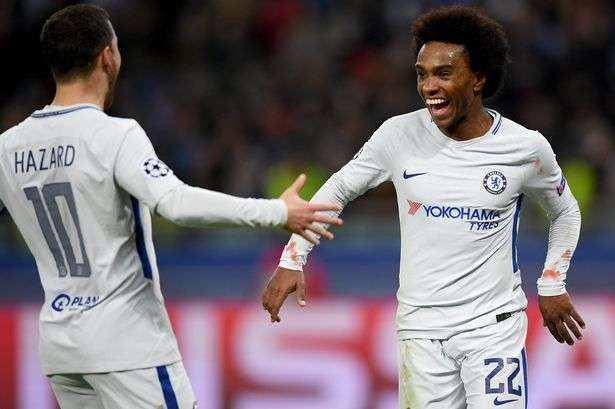 The home side had a negative start to the game as Sadygov was shown a straight red card in 19th minute for a challenge inside the box.

Eden Hazard took responsibility of the spot kick which was coolly converted. Willian doubled the lead for the Blues in the 36th minute, the Brazilian connected to a tricky back heel pass from Belgian play maker Hazard and showed composure as he slots the ball pass the goal keeper from close range.

Chelsea were awarded with the second penalty of the game in the 71st minute which was converted by Cesc Fabregas. 5 minutes to full time, Willian completed his brace for the night to give the London side a 4 Nil win as they qualify for the next round of the competition.