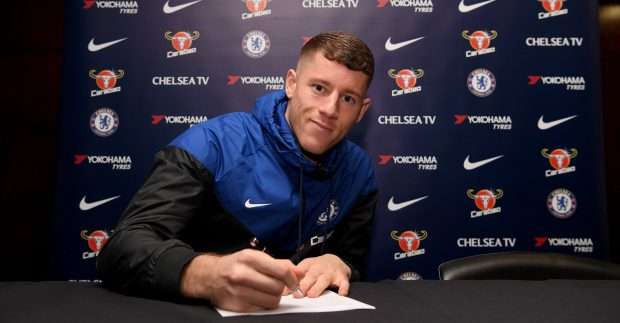 Chelsea have completed the signing of England International for a fee of  £15m to ends his 13 years spell at Everton.  Chelsea  missed out on securing his signature on transfer dead line day last August for a fee of £35m.

The reigning premier League  Champions have now gotten a better bargain as Barkley failed to renew his contract at Everton. His contract expired in the summer so Everton had cash out on him before he leaves as a free transfer at the end of the season.

The midfielder has missed the entire season due to a knee injury which have lasted for about 6 months. The Chelsea faithfuls should  have no worries as the midfielder stated that he resumed full training 2 weeks ago and he is ready to fight for his spot at the club.

The 24 years old penned a five-and-a-half- year contract for the blues and will were the No 8 Jersey which was worn by club legend Frank Lampard. According to him: I’m overwhelmed, I’m looking forward to it and I’m really excited to get started. “To be given a fresh start at a new club like Chelsea, it’s unbelievable for me.