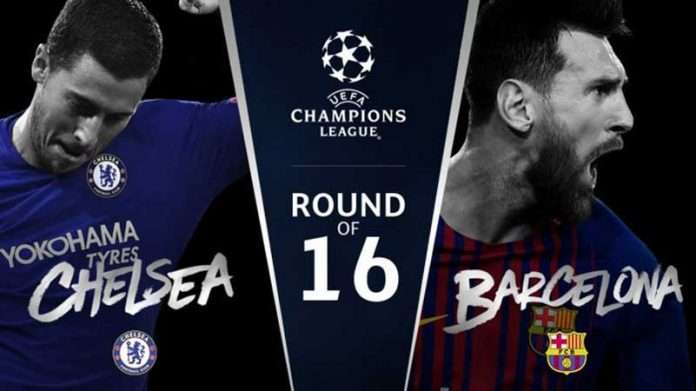 Chelsea play host to Spanish giants Barcelona for the first leg of their Champions
League round of 16 mouth watering encounter.

Ahead of this clash, the Blues bagged two straight wins against Hull City (4-0) and
West Brom (3-0), while Barcelona enjoyed a comfortable 2-0 away to Eibar in La
Liga.

Barcelona currently sit in the top of La Liga, and are the only unbeaten side in Europe’s top five league this season.

The last time both team met in the Champions League, Chelsea qualified to the final
of after a 2-2 draw at Camp Nou, and went on to win the title when the beat Bayern
Munich on penalties.

Chelsea have played 7 matches in all competitions without a draw.