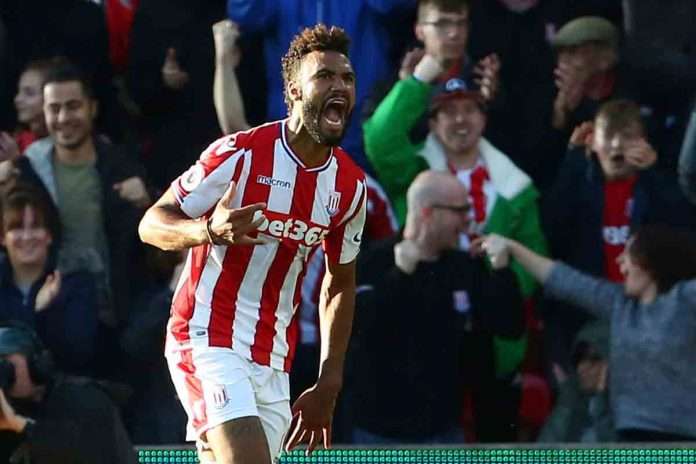 Manchester United who have not recorded a Premier League win at the bet365 stadium since they last won in 2013, were hoping to continue their 100% start to the season, but were only able to manage a point as they drew 2-2 away to Stoke City.

Eric Maxim Choupo-Moting opened the scoring for The Potters on the 43rd minutes after he tapped in a superb cross from former United player Mame Biram Diouf, but United got back into the game when Marcus Rashford accidentally directed Paul Pogba‘s headed towards goal to level the score before the end of the break.
United took the lead 6 minutes into the second-half after Romelu Lukaku‘s second effort goal found the back of the net, but the Red’s were forced to settle for a draw when Choupo-Moting headed home a cross from Xherdan Shaqiri to get his second of the day.
Manchester United return to Champions League football as they play host to FC Basel on Tuesday the 12th of September.
Need sure and safe 1.50 odds every single day? Join Betawin VIP Join Now