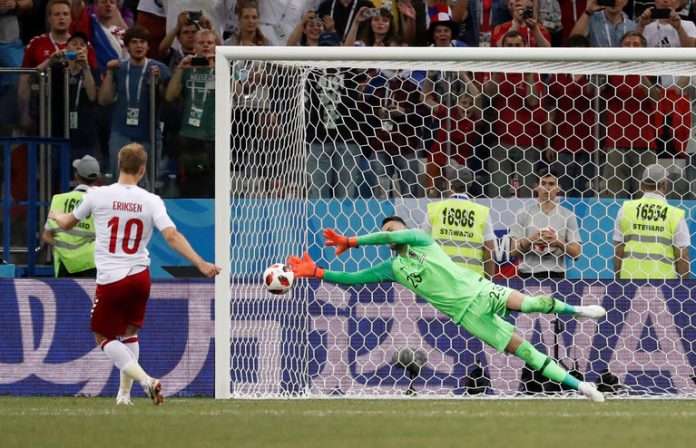 Croatia advance to the quarter finals after defeating Denmark 2-3 on penalties after a 1-1 draw in Novgorod.

Mathias Jorgensen opened the scoring for the Danes in the very first minute before Mario Mandzukic restored parity 3 minutes later.

116′ Croatia were awarded a penalty kick late in the game but Luka Modric failed to convert as Kasper Schmeichel pulled off a superb safe.

After 120 minutes both teams head on to penalties for a crucial decider. The first 2 penalties were missed as both keepers showed great determination. However, it was Danijel Subasic who was the star performer as he made 3 saves compared to Kasper Schmeichel 2 saves.

Rakitc converted the last spot kick as it ends 2-1 on penalties. Croatia marches on to the quarter finals in Sochi and will face Russia in a mouth-watering encounter on Saturday.