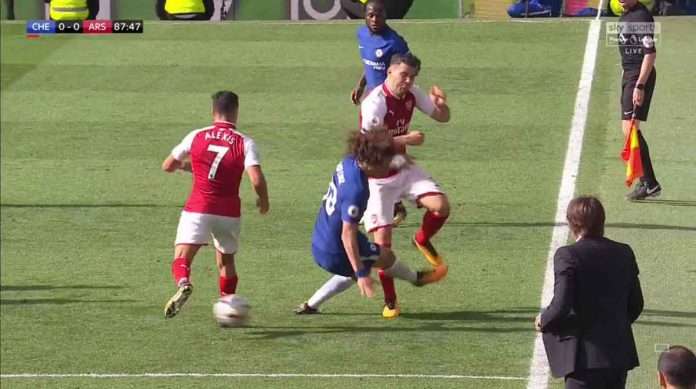 Arsenal produced a determined performance against Chelsea at the Bridge, but non was able to break the deadlock as the contest for 3 points and London pride ended in a goalless draw at full-time.

Arsenal came closest to taking the lead in the first-half, when Aaron Ramsey cut through the Blues defence with a run but his strike hit the far upright of the woodwork, before Lacazette fired the rebound over, and in the second-half when Shkodran Mustafi had a goal disallowed for off-side.

Chelsea defender Luiz was sent off in 87th minute for a nasty challenge on Sead Kolasinac, to become the fourth Chelsea player to be dismissed this season.

Conte’s men remain third behind Manchester United and Manchester City, while Wenger’s Arsenal are 12th on the league table.