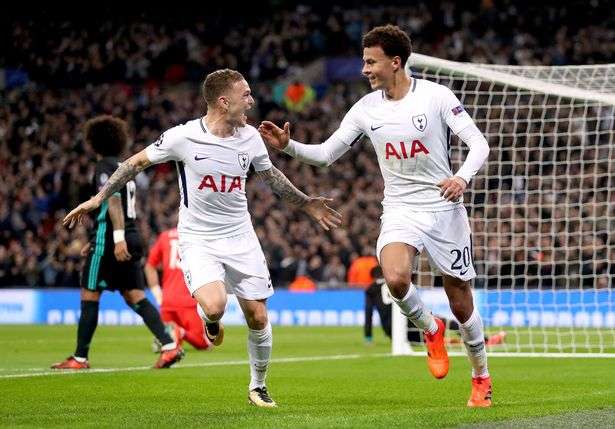 Tottenham Hotspur produced another outstanding performance to beat Real Madrid 3-1 in Wembly as they qualify for the Uefa Champions League round of 16. Dele Alli opened the scoring in the the 27th minute to score a poacher’s goal as he stretched to meet Trippier’s low cross to beat the Madrid goal keeper. Alli then went further to complete his brace 6 minutes into the second half. 9 minutes later Eriksen added his name to the score shit as spurs tried to put the game beyond Real Madrid’s reach.
However, in the 80th minute Ronaldo scored a goal for the visitors but it was more of a consolation goal as Tottenham hotspur recorded a famous win against the defending Champions. 3-1 it ended at Wembly!