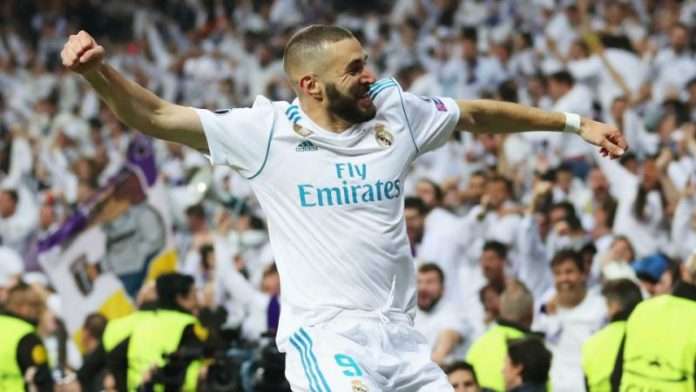 After both legs of semi final actions, Madrid qualify on a 4-3 Aggregate. Bayern lost to Madrid 1-2 in the 1st leg at the Allianz Arena before playing out an entertaining 2-2 draw at the Estadio Santiago Bernabéu.

3’Early in the opening stage, Joshua Kimmich opened the scoring for the Bavarians when he converted a rebound from close range into the left side of the goal. 0:1

11’Karim Benzema restored parity to the contest with an easy header into an empty net after Marcelo’s picture perfect pass. Game on! 1:1

46’Barely a minute the second half got underway, Karim Benzema gave Los Blancos the lead as he took advantage of a defensive error from the visitors. The French striker showed great composure as he drives the ball into the back of the net from close range. 2:1

63’Bayern drew the game level as they seek for an upset in the home of the reigning Champion. Real Madrid loaned midfielder James Rodriguez was quick to react to his second attempt and slams the rebound into the back of the net from close range. 2:2

Bayern needed one more goal to stretch the contest to extra time but Real Madrid were composed defensively to wave off series of Bayern’s attack. Madrid will face either AS Roma or Liverpool who will be in action tomorrow night in Rome.