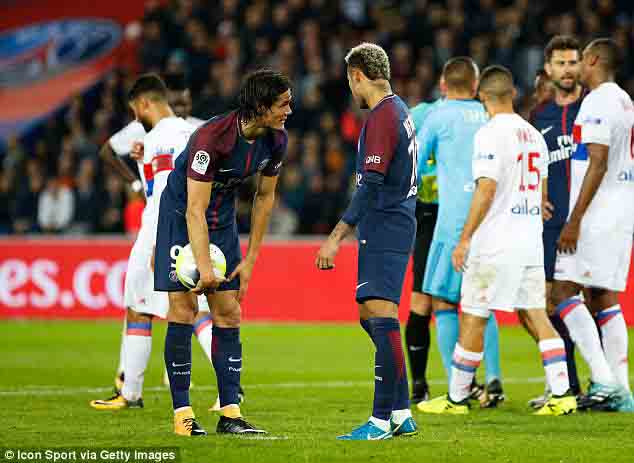 According to reports in Spain the feud between Cavani and Neymar have escalated after the Uruguayan rejected a €1 Million offer from the club to pass over penalties responsibilities to the Brazilian.

The offer amounts to the bonus Cavani would have received should he finish as the club’s highest goal scorer in Ligue 1 this season.

The Spanish daily claim the PSG squad are backing Cavani on the matter, with the 30-year-old designated as the club’s penalty taker before Neymar’s arrival.

According to El Pais, the Uruguayan is not interested in being given extra money, and is refusing to change his stance on being the penalty taker, believing that as the club’s third captain in line, he has responsibilities he must shoulder.