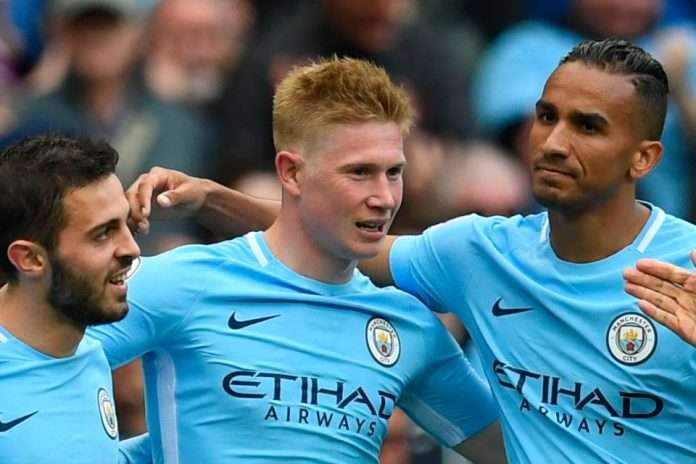 After long serving Arsenal manager announced his retirement at the end of the season on Friday, Arsenal needed a win against London neighbours West Ham as a sign of appreciation for Wenger for his contribution to the success of the club.

56′ Nacho Monreal broke the deadlock with a stunning one-time shot from inside the box from a Granit Xhaka corner kick 1:0.

64’Marko Arnautovic leveled the game for West Ham with a goal from close range into the bottom right corner after he latched on to a pass from Manuel Lanzini. 1:1

82’Aaron Ramsey restored the lead for the Gunners with a wonderful goal. His curled cross from the edge of the box was misjudged y the defenders and found its way into the bottom right corner. 2:1

89′ Ramsey finds Alexandre Lacazette inside the box who showed great composure to slot the ball into the bottom right corner as he completes his brace. 4:1 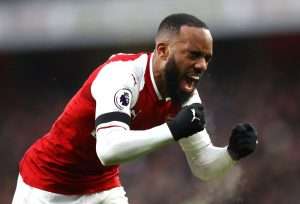 Stoke City hope of survival in English top flight football was put in the shadows with a draw against Burnley at the BET365.

11’The home side were in front with their first attempt on goal. Badou Ndiaye deflected shot from 20 yards gave the Potter’s a dream start. 1:0

62’Burnley levelled the game with a goal scrappy goal from Ashley Barnes deep inside the box to score his sixth goal in his last PL games. 1:1 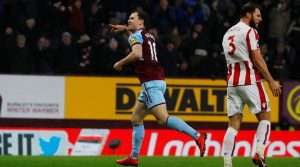 Premier League Champions Manchester City cruise to victory against Swansea to commence their Blue Parade inside the Etihad Stadium.

12′ David Silva opened the party for the Champions with a technical goal from inside the box. Raheem Sterlin tees up the little Spaniard, his first touch was sublime as he buries the ball into the back of the net from close range. 1:0

16′ Fabian Delph squares it to Raheem Sterling deep inside the box, Sterling shot was precise into the back of the net. 2:0

54’Kevin De Bruyne put the icing on the cake with an absolute screamer!. The Belgian cannoned the ball from outside the box into the top left corner. 3:0

64’Manchester City were handed a penalty for a foul on Raheem Sterling. Gabriel Jesus stepped up up his effort hit the cross bar. Bernardo Silva was quick to react to missed spot kick as he smashed the rebound into the back of the net. 4:0

88′ Gabriel Jesus rounded up a five star performance for the Cityzens with the fifth goal of the game. Yaya Toure delivered a sublime lofted bass to Jesus who beat the keeper easily from close range with a header into the top left corner. 5:0

Well played from Pep Guardiola’s side to crown an incredible season for the Sky Blues. The Cityzens are crowned 2017/2018 Premier League Champions. 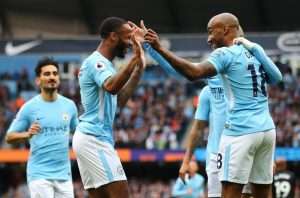