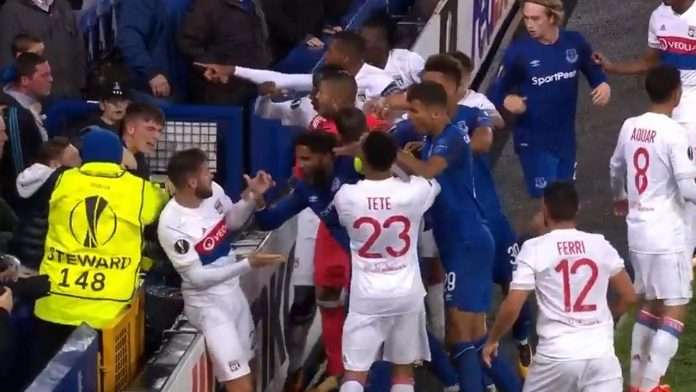 An Evertonian fan have been given a life time ban after he got himself involved in a brawl between the two teams at Goodison Park. An Ashley Williams challenge knocked the Lyon Goalie after he caught the ball and the Visitors reacted angrily. The brawl moved towards the advertising board and a fan carrying a toddler was caught on camera as he sucker punched the Lyon goal keeper.
Everton lost 1-2 to Lyon as they remain bottom in group E with just a single point. Under-fire Everton manager Koeman side struggles continues in both domestic and European competition after losing to Lyon, their next test is against Arsenal at Goodison on Sunday.