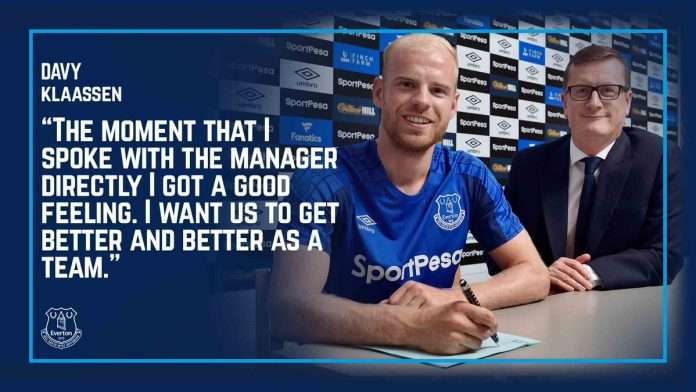 The 24 year old Dutch international scored a total of 16 goals as he captained Ajax to the Europa League Final last season where they lost to Manchester United.
He made his debut for Ajax in 2011 at the age of 18, Klaassen made 163 appearances for Ajax and scored 49 goals.
Klaassen is and attacking midfielder that presses alot and likes to score goals, he has 14 caps already in the Dutch National side with 4 goals to his credit.
Everton have succeeded in making Klaassen their second big money signing having secured the the signature of former  Sunderland goal keeper Jordan Pickford for a club record of £30m.