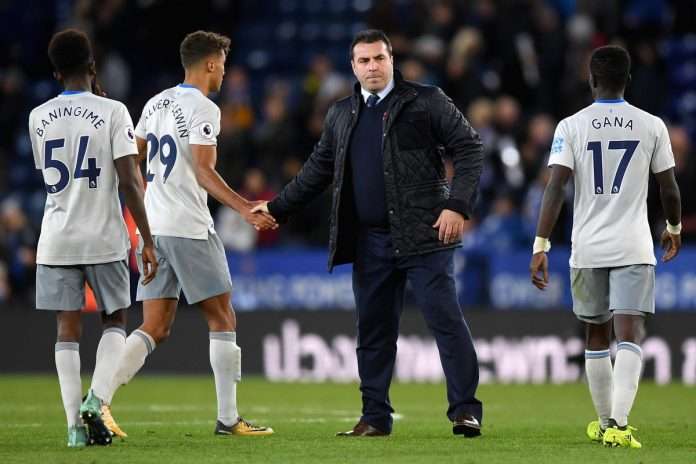 Olimpique Lyon beat under-fire Everton side 3-0 as they are dumped from the Europa League with two games to spare. The First half eneded goalless but the home side came into the second half firing in cylinder as they beat Everton. Former Chelsea striker Bertrand Traore opened the scoring the in the 69th minute, Houssem Aouar doubled the lead in the 76th minute. Morgan Schneiderlin was given his marching order as he receives his second yellow card of the game in the 80th minute. 8 minutes later, former Manchester United strike Memphis Depay sealed the win with a well timed header as the French side trash Everton 3-0 to pile the pressure on Everton new manager David Unsworth.