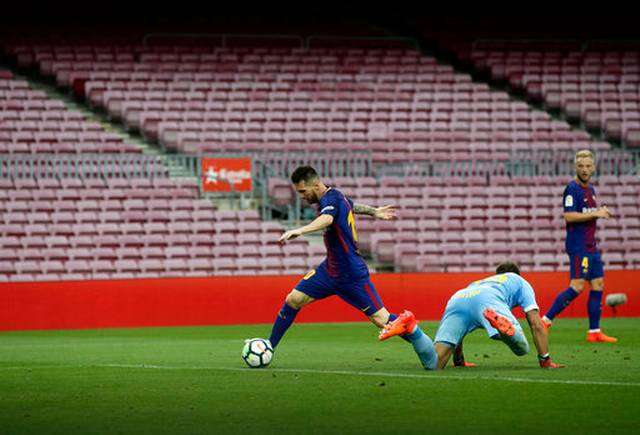 Fc Barcelona continued their impressive start to the La Liga season with a 3-0 win over a resilience Las Palmas side.
The clash was initially been postponed before it was played behind closed doors due to safety precautions. The match was fixed the same day the Catalonia independence referendum was held. Spanish government tagged the referendum as illegal which resulted to huge protesting in the streets of Barcelona.
However, Fc Barcelona remained professional in the field of play despite off-pitch matters. Sergio Busquets opened the scoring 4 minutes into the second half after a goalless first 45 minutes. Lionel Messi was on the double in 70th and 77th minute to secure a win for the Catalans. The Argentine forward remains La Liga’s top scorer with 11 goals from just seven matches