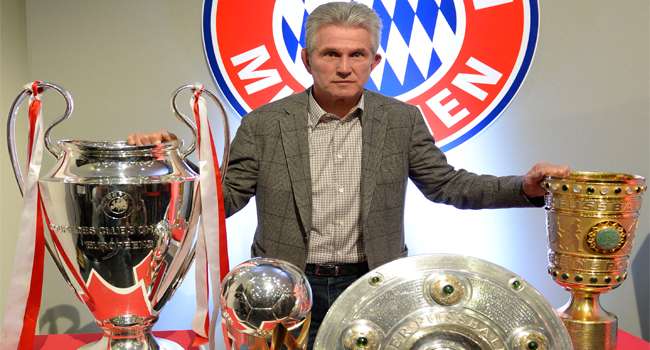 Former Bayern München coach Jupp Heynckes to was announced as head coach replacing Carlo Ancelloti. The 72 years old returns as the Bavarian’s manager for the fourth time. He retired from football management in 2013 and admitted that the offer was an offer that he couldn’t refuse. According to him he said that he wouldn’t have returned to any other club in the world, but FC Bayern München is very close to his heart. He also said that his aim is to bring back the glory days to the Bavarian fans. The experience coach won a Bundesliga, a German Cup and he also won a Champions League treble during his last spell at Bayern.